The Eagle Ford Shale is a 400 mile long and 50 mile wide gas and oil producing site that stretches across south Texas from the Mexican border all the way up to east Texas. The shale, which has an average thickness of 250 feet, is significant because it produces both oil and gas - the gas coming in both wet and dry forms.

The Houston Chronicle has reported that the Eagle Ford Shale has become the heart of economic activity in Texas, attracting foreign companies that have become some of the largest employers in the state. According to the Railroad Commission of Texas, there were 368 producing oil leases and 550 producing gas wells in 2011. From January to October 2011, more than 13 million barrels of oil were produced from the Eagle Ford Shale.

Universal City and Northlake Business Park are centrally located to Eagle Ford drilling sites. Combined with the ease of access to major interstates and distance to major shipping points, Northlake Business Park is an ideal location for any company doing business in the shale. Click here to view additional maps of our location within Texas and in relation to the Eagle Ford Shale. 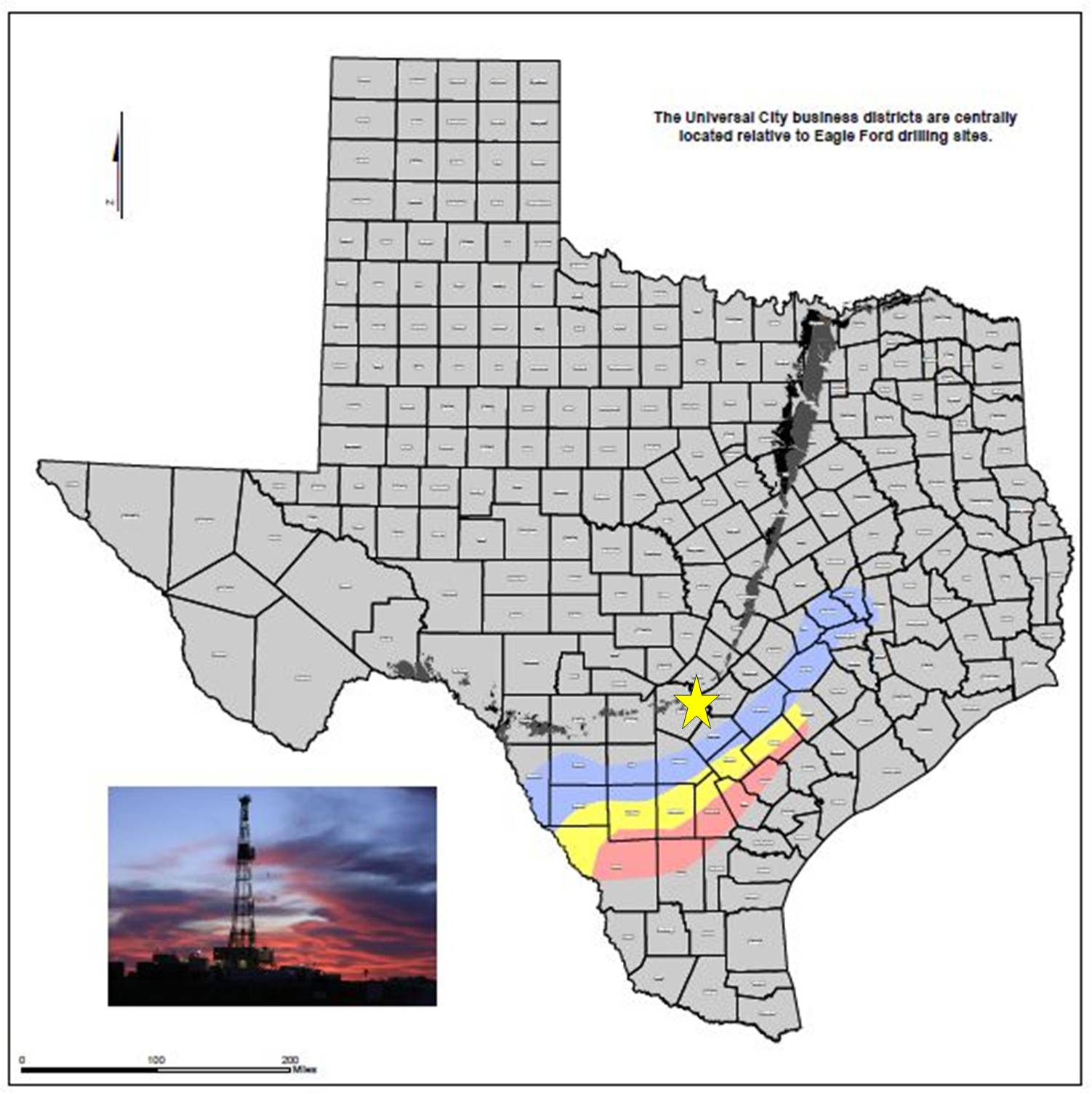 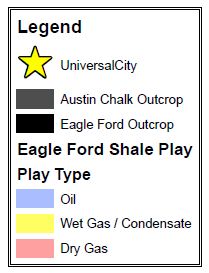